(based on Cat E, cruise only, inclusive of port charges and based on double occupancy in a base category stateroom, and includes complimentary land package)

Immerse yourself in history in Hungary, Croatia, Serbia, Bulgaria and Romania or venture further through Slovakia, Austria and Germany, visiting eight countries in two weeks. Delight in natural wonders from the Belogradchik Rocks to the Danube River’s famed Iron Gates. Plus, venture to Transylvania where you’ll discover “Dracula’s Birthplace,” Sighisoara, and the legendary Bran Castle. 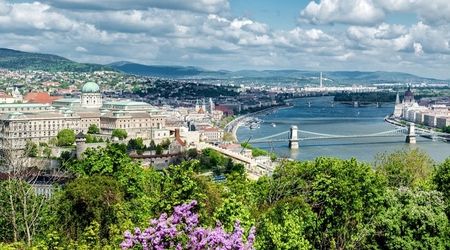 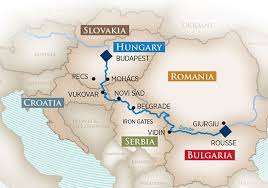 Board the ship for your Gems of Southeast Europe cruise.

Enjoy a scenic morning cruise to Mohács. You’ll then visit Pécs, founded more than 2,000 years ago by the Romans. Visit the UNESCO-designated Christian Necropolis; St. Peter’s Basilica, the city’s main Catholic cathedral along with its catacombs; and Széchenyi Square, the heart of Old Town Pécs. You will also see the Mosque of Pasha Qasim the Victorious, one of the symbols of the city. Or for wine connoisseurs, you’ll want to go to the Szekszárd wine region, one of the oldest red-wine-growing areas in Hungary, established more than 2,000 years ago. You may also take an exhilarating guided bike tour around Mohács.

Vukovar is a Croatian symbol of resistance, which you’ll better understand on your city tour showcasing the Ovčara Memorial and Eltz Castle. Alternatively, choose a wine tasting in Ilok, a center of wine production since Roman times, where you’ll sample its famous Grasevina, Traminac and Frankovka wines. Back on board, cruise to Novi Sad, sometimes called the “Serbian Athens.” Discover Novi Sad on a walking tour to Dunavski Park and through Stari Grad, the Old Town center. If you prefer a more active exploration, join a guided biking tour or hike through Fruska Gora National Park. During the evening, visit Petrovaradin Fortress, a mighty stronghold no enemy has ever breached.

Explore Serbia’s capital, Belgrade, on a city tour, which includes the Kalemegdan Fortress and the Serbian Orthodox Temple of St. Sava. Visit the Royal Palace, the official residence of the Serbian Royal Family; and then tour the House of Flowers, the mausoleum of Marshal Tito, who became the first President of Yugoslavia. Alternatively, you can hike to Belgrade Fortress. Later in the day, enjoy a taste of the region by sampling Serbian plum brandy, Šlivovitz, and delicious local delights at the Quburich Distillery. For those wishing a more active adventure, join a guided bike tour. 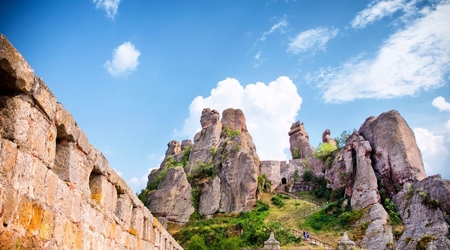 Visit Golubac Fortress – a medieval fortified town on the south side of the Danube River – before cruising through the Iron Gates. The Iron Gates is one of Europe’s most awe-inspiring natural wonders. The Danube narrows as it winds through a series of magnificent gorges between the Carpathian and Balkan mountains, forming a natural border between Serbia and Romania. The ancient King Decebalus, the last king of Dacia, is proudly carved into the mountainside and always captivates travelers.

Explore Vidin, one of Bulgaria’s oldest cities, and surrounding areas with a choice of excursions. Discover Baba Vida Fortress, the largest preserved medieval castle in Bulgaria. Continue on to Belogradchik, one of Bulgaria’s natural wonders, where you can hike around its most spectacular rock formations. Alternatively, visit a local home for a demonstration of traditional Bulgarian yogurt and Banitsa, a pastry you will also get to make. You also have the choice to bike through Vidin and to the castle.

Visit Bulgaria’s ancient capital, Veliko Tarnovo, with its medieval fortress and multiple orthodox temples. You can opt instead to go to Rousse, known for its 19th- and 20th-century Neo-Baroque and Neo-Rococo architecture, and then afterwards visit the UNESCO-designated Rock-Hewn Churches of Ivanovo with frescos revealing exceptional artistry of 14th-century paintings. Later in the day, travel through the Romanian countryside to the capital of Bucharest, known as the “Little Paris of the East.” Enjoy a panoramic tour of the historic city center and its elegant architecture.

Bid farewell to Giurgiu as you prepare for your flight home.

Terms and Conditions: All rates are per person in CAD for cruise only, inclusive of port charges and based on double occupancy in a base category stateroom, and includes complimentary land package as indicated above. Additional land packages associated with mentioned itineraries are also available at an additional cost. Free Land offer is valid on select 2021 and 2022 Europe sailings. Offer is applicable to new FIT and group bookings made between December 14, 2020 and January 31, 2021. Free Land is only valid with the purchase of a participating cruise at full fare. Hotel to/from ship transfer is included with eligible complimentary land package. Offer is combinable with Back-to-Back cruise savings. Past Guest Savings and Future Cruise Benefit Program may be combined with Free Land offer and is applicable only to past guests. Free Land offer is based on double occupancy. Solo travelers may receive 50% savings off of total land package rate for single occupancy; not combinable with any other offers. Offer is not applicable to travel advisors and does not apply to industry rates or other offers deemed by AmaWaterways. Free Land offer is not eligible for the Unlimited Cruise Flexibility Program. Must request promo code FREELAND at time of booking. Port charges, other optional land programs, visas, airfares and gratuities are additional. Offer is not combinable with any other promotions/discounts, limited to availability, capacity controlled and subject to change or termination without notice. Other restrictions apply.

Family-owned and operated, AmaWaterways is known for its award-winning river cruise ships, exquisite cuisine, authentic experiences, and above all else, its unparalleled service.

Enquire for the offer now!

FacebookTwitterEmail
* This offer is subject to availability and can be withdrawn or varied without notice.